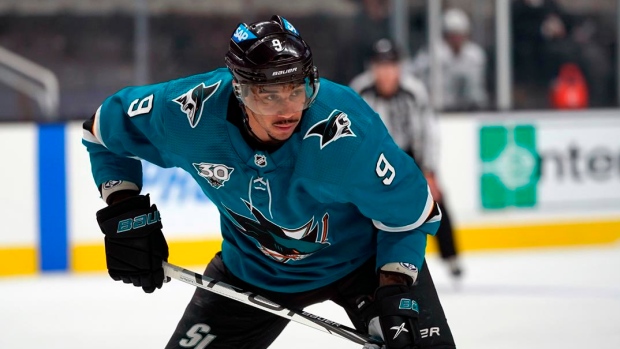 San Jose Sharks forward Evander Kane cleared waivers on Monday and is expected to be assigned to the AHL's San Jose Barracuda.

Kane's 21-game suspension for submitting a fake vaccination card ended on Sunday and his agent Dan Milstein said the 30-year-old winger would report to the AHL if he cleared waivers.

“Over the past few weeks, we have been discussing Evander’s return to San Jose,” Milstein said Sunday in a statement. “We were not surprised by the Sharks’ decision to put him on waivers and, if he does clear, he will report to the Barracuda. Evander is looking forward to resuming his NHL career this season.”

Kane is three seasons into a $49 million, seven-year contract. He’s with his third organization after being drafted by and debuting with Atlanta/Winnipeg, and a stint in Buffalo.