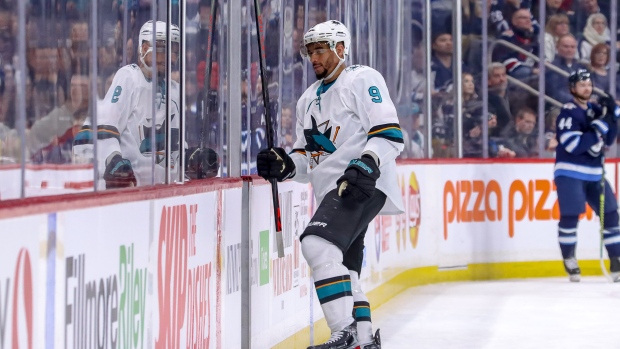 Kane received a two-minute penalty for elbowing Pionk on the end boards late in the third period of the Sharks' 3-2 win over the Jets Friday. Pionk did not leave the game after the hit.