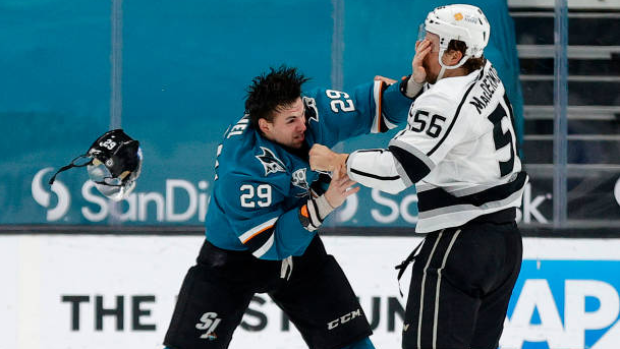 San Jose Sharks forward Kurtis Gabriel and head coach Bob Boughner were both fined Tuesday after Gabriel cross-checked a member of the Los Angeles Kings during warm-ups on Monday night.

Gabriel was fined $3,017.24 - the maximum allowable under the Collective Bargaining Agreement, while Boughner was fined $5,000.

Additionally, the Sharks were assessed a conditional fine of $25,000, which will be collected, in addition to any subsequent discipline, in the event of similar inappropriate behavior through March 22, 2022.

The Sharks won Monday's game over the Kings, 2-1.