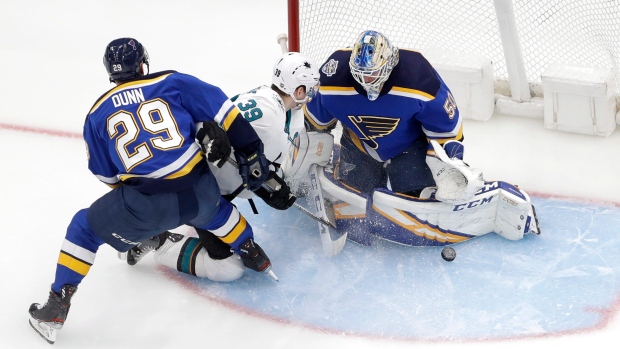 It appears the San Jose Sharks will be without their captain for the foreseeable future.

According to TSN Hockey Insider Pierre LeBrun, Logan Couture has a fractured ankle and is expected to miss at least six weeks with the injury.

Sounds like brutal news for Logan Couture and the Sharks. Hearing fractured ankle and a week to week, long term absence for the captain. Probably at least six weeks out but we will see. https://t.co/q2vMTBASw9

Couture suffered the injury Tuesday night against the St. Louis Blues after falling awkwardly into the boards following a collision with Blues defenceman Vince Dunn.

The 30-year-old has 14 goals and 22 assists over 45 games with the Sharks this season, his 11th year with the franchise.