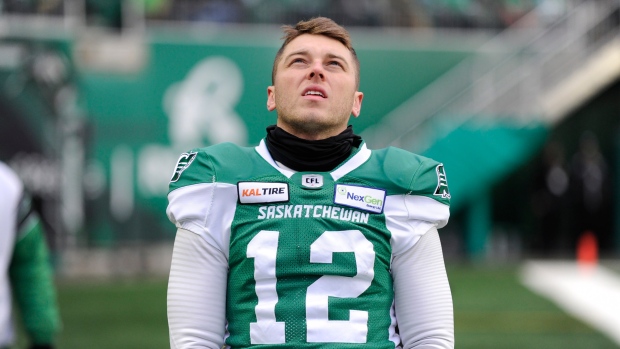 The Saskatchewan Roughriders announced Friday they are bringing back Canadian kicker Brett Lauther.

Lauther returns after two seasons with the Riders, converting on 32 of 41 field goal attempts (78 per cent) in 2019.

Prior to his time in Regina, Lauther spent four seasons in Hamilton with the Tiger-Cats.

The 30-year-old is a native of Truro, N.S., and played college ball at Saint Mary's.