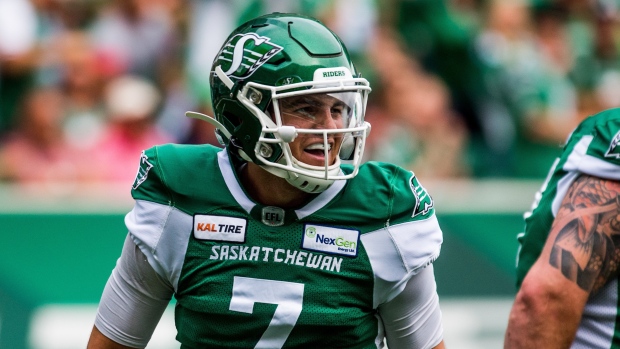 Saskatchewan Roughriders quarterback Cody Fajardo took part in his second consecutive day of practice and the starter is expected to return to his familiar position when the team hosts the Winnipeg Blue Bombers in the West Final.

"He was able to throw with the team, move around well," Roughriders head coach Craig Dickenson said. "So we’ll look at the film to get a better idea of him. But, all signs are pointing that he’s going to be good to go."

Fajardo sat out of the final game of the regular season on Nov. 2 with an oblique injury. Rookie Isaac Hunter took Fajardo's place, completing 23-of-28 passes for 213 yards in a Riders' 23-13 victory over the Edmonton Eskimos.

Fajardo returned to practice on Wednesday and seemed optimistic about his return.

"I will play Sunday unless something crazy happens and I just can't physically can't do it," he said. "As long as I can walk and throw I'll be out there."

Practice was closed to the media on Thursday, but Dickenson said he was confident Fajardo will play.

"Today was going to be a test day for him and so far he’s passed the test," Dickenson said.