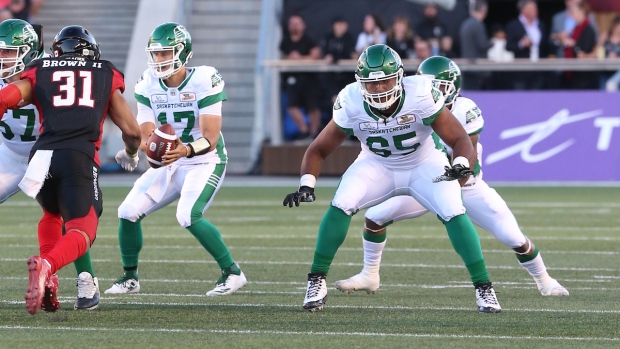 The six-foot-three, 305-pound Vaughn missed the 2021 season due to a shoulder injury.

He made 15 starts at left tackle for Saskatchewan in 2019 as the Riders allowed just 37 sacks while averaging 112.8 yards rushing per game.

Vaughn originally signed with Saskatchewan in September of 2017 before making his CFL debut June 15, 2018.

This report by The Canadian Press was first published Jan. 11, 2022.