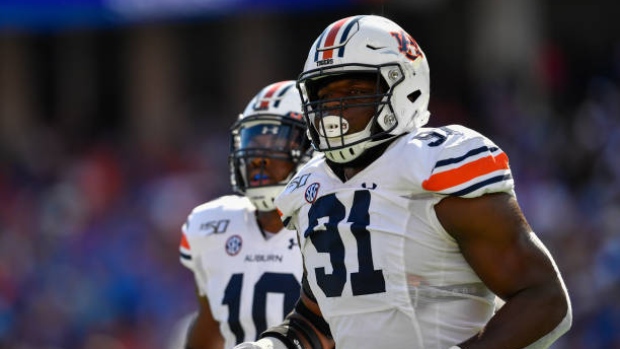 Coe was initially signed by the NFL's New England Patriots as an undrafted free agent and spent the 2020 season on the Miami Dolphins' practice squad.

The 24-year-old played four years at Auburn where he had 71 tackles, nine sacks, and two forced fumbles in 36 games.

Coe will be placed on the club's suspended list while he completes his COVID-19 quarantine.