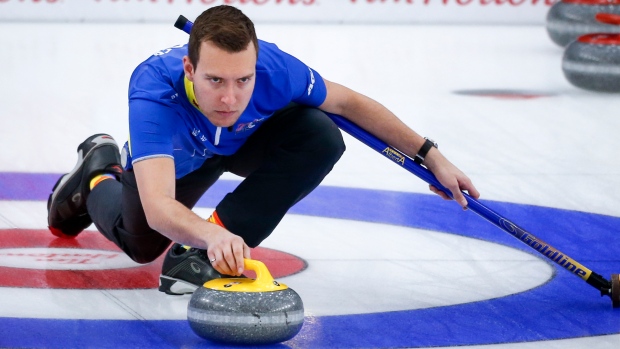 Saskatchewan’s Matt Dunstone and Alberta’s Brendan Bottcher will meet in the semifinal of the Tim Hortons Brier with a spot in the final and a chance at the title against Kevin Koe’s Wild Card 2 rink on the line.

Bottcher has made the previous three Brier finals, settling for silver each time.

"Personally I can say I've learned a ton from each of the three experiences," Bottcher said Saturday, per The Canadian Press. "One of the biggest things is you've got to find a way to relax.

Waiting for Sunday’s semifinal winner will be Koe, who is looking for his fifth Brier title as a skip. He’s currently tied for most Brier wins as a skip with Ernie Richardson, Randy Ferbey, and Kevin Martin.