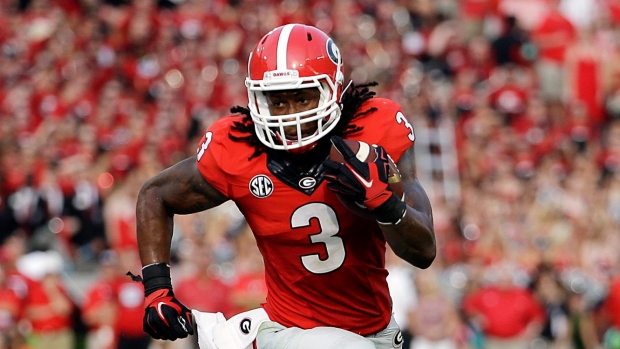 INDIANAPOLIS - Iowa offensive lineman Brandon Scherff injured his hamstring during the first full day of workouts at the NFL's scouting combine in Indianapolis.

Scherff is considered one of the top tackles in this year's draft. It was not immediately clear how serious the injury is or whether he'll be healthy for his pro day. He was hurt after running the 40-yard dash in 5.05 seconds.

Georgia running back Todd Gurley also reportedly would not let doctors check his injured left knee. He tore the ACL in it in November. He said Thursday that he wanted to be the first running back taken in the draft.