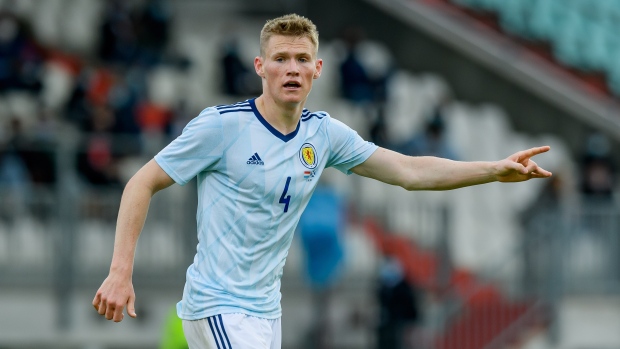 Scotland’s return to the international stage for the first time since World Cup 1998 is sure to be an emotional one on Monday when they take the pitch against the Czech Republic in front of a raucous home crowd at Glasgow’s Hampden Park.

"You can sense it especially on social media,” Scotland defender Scott McKenna said of fan enthusiasm ahead of the tournament. “You can see what it means to everyone. Everyone is getting behind us, everyone trying to get hold of [jerseys], anything, so it's brilliant and we are really feeling that in the camp."

While Scotland is by no means among the favourites at this tournament, Steve Clarke’s team is not going to be an easy out, led by Aston Villa’s John McGinn and Scott McTominay of Manchester United in the midfield and a backline that features Kieran Tierney of Arsenal and Liverpool’s Andy Robertson, one of the very best left-backs in the world. In Jaroslav Silhavy’s Czech Republic, the Scots see a team in very similar circumstances. Not at the level of the other Group C participants, England and Croatia, like Scotland, the Czech Republic will hope that hard work can make up the talent gap.

Just as England and Croatia know each other quite well from several meetings in recent years, Scotland and the Czech Republic are no strangers to one another. The two teams were drawn together in UEFA Nations League in 2020 and met twice last fall. In September at Andruv Stadion in Olomouc, Czech Republic, Scotland were 2-1 victors thanks to Celtic midfielder Ryan Christie’s 52nd-minute penalty. The following month in the return fixture at Hampden Park, the Scots were victorious again, 1-0, thanks to an early goal from Newcastle’s Ryan Fraser.

Slavia Prague and Czech Republic defender Tomas Holes believes that while familiarity might aid his team, the version of Scotland they played last year wasn’t nearly as good as the current article.

"We know Scotland and their players, having recently played them twice,” Holes said. “However, we have been shown videos by our coaching staff and Scotland's recent improvement is obvious, with loads more quality."

Clarke agrees with that assessment, saying that he’s tried to make improvements to the way he’s coached, as well.

“I've changed the way that I get the message across, because I can't do it on the grass; I can't do it every day like you do at a club,” Clarke said. “It just becomes the complete opposite when you go to the international scene as you do more work, more video work, more work with individual players off the pitch – when you speak to them and explain what you want from them, how you want them to play within your system. So, really, it turns on its head a little bit: more time speaking. I've had  to learn to do that. I'm quite a quiet person anyway, even as a coach: I like to show things to the players rather than speak loads on the pitch.”

When Scotland takes the pitch on Monday, it will be exactly 8,392 days since their last match at an international tournament – a 3-0 loss to Morocco that wrapped up a winless trip to France in 1998.