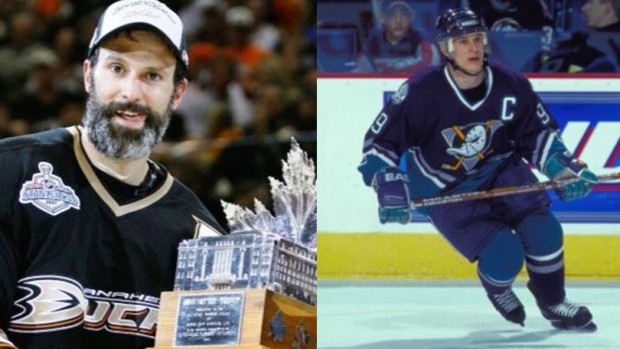 The Anaheim Ducks have begun the process of looking for a new general manager, as TSN Hockey Insider Pierre LeBrun reports that the team has formed a search committee which includes team CEO Michael Schulman, former Ducks and Hall of Famers Scott Niedermayer and Paul Kariya and President of Business Operations Aaron Teats joining owners Susan and Henry Samueli.

Jeff Solomon has been serving as interim general manger after Bob Murray resigned on November 10. He was placed on administrative leave a day earlier amid an investigation into his workplace conduct.

The team announced at the time that Solomon, a longtime employee of the Los Angeles Kings and a former player agent, would be in charge until the conclusion of a “methodical, extensive” search, which could last until the offseason.

Niedermayer spent his final five NHL seasons with the Ducks, scoring 264 points. He was the Ducks' captain for four years, and he set the single-season franchise scoring record for defencemen while leading Anaheim to its only Stanley Cup title in 2007.

He remained with the Ducks as an executive and coach after his retirement as a player with Anaheim in 2010.

Kariya spent his first nine NHL seasons with the then-Mighty Ducks, including seven seasons as Anaheim's captain and six seasons alongside Teemu Selanne in a prolific scoring duo. Kariya, the first draft pick in franchise history, also helped the Ducks to their first Stanley Cup Final in 2003.

The Ducks are in second place in the Pacific Division with a 17-11-7 record.