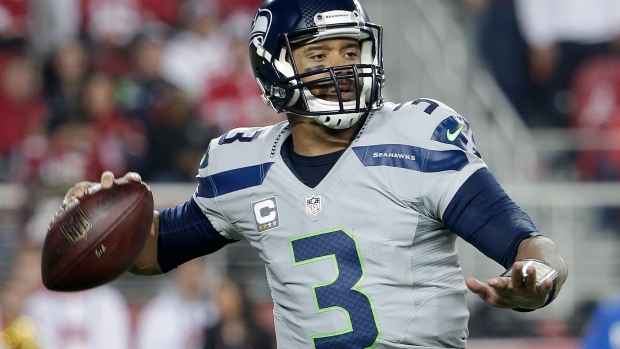 Seattle Seahawks quarterback Russell Wilson has taken out an insurance policy to protect the Super Bowl winner against injury in his contract year.

According to ESPN's Adam Schefter the insurance policy would pay Wilson millions should he sustain a career-ending injury in 2015.

Wilson and the Seahawks have been in the process of negotiating a new deal, though Wilson's latest step indicates the two side are not close.

The 26-year-old has led the Seahawks to consecutive Super Bowls and has made the playoffs in each of his first three seasons. In 2014, Wilson threw for 3,457 yards with 20 touchdowns and seven turnovers. He also rushed for a career-high 849 yards.

Should the Seahawks fail to secure Wilson with a long-term contract, the team is expected to place the franchise tag on the quarterback in 2016.

Tavaris Jackson and R.J. Archer are listed behind Wilson on the Seahawks roster.