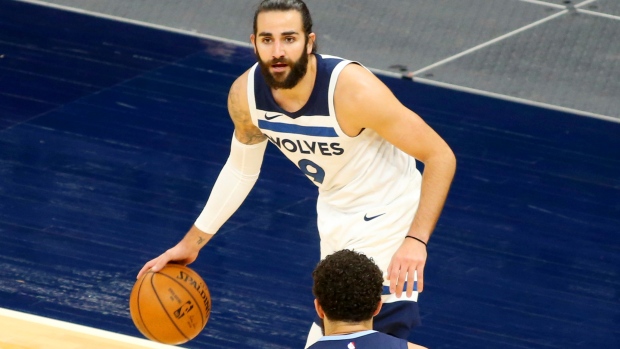 With COVID-19 impacting NBA teams once again, it’s imperative to cut ties with streamers who will be missing games due to health and safety protocols.

I wrote about Jakob Poeltl last week and he ended up averaging 9.8 rpg and 3.0 bpg in six starts for LaMarcus Aldridge. Unfortunately with San Antonio off for the next 10 days due to COVID-19, LMA will likely be well-rested enough to return from his hip flexor injury, pushing Poeltl back to the bench.

If you have streamers missing games, consider moving on with some of the following players:

Even though Ross can be inconsistent, he’s coming off a red-hot shooting night and has the usage to support rostering. He dropped 30 points against the New York Knicks on Wednesday and has averaged 19.0 ppg and 2.6 3pt over the last two weeks. Even though Evan Fournier returned to the lineup, Orlando is still in desperate need of shot makers. Aaron Gordon and Cole Anthony will not be available this weekend leaving Ross with a high floor. He’s taken 21.5 field-goal attempts over the last week, eighth-most in the NBA.

In case you missed it, Carter Jr. is back in the starting five returning from a right quad injury ahead of schedule. In addition to being a rebounding asset for the weekend, he’ll likely climb to the top of the most added list by Sunday given his top-100 potential. Even though his production has been underwhelming so far in 2020-21, the Chicago Bulls don’t have a reliable alternative at the centre position. He averaged 9.4 rpg last season and should see his minutes restriction disappear by next week.

I’m breaking my own rules recommending a player rostered in over 50 per cent of ESPN leagues but he is a must-add player in 10-team leagues. In the off chance he’s available, go grab him right now. D’Angelo Russell is expected to miss 4-to-6 weeks and Rubio will slide into the starting lineup. In these last five games as a starter, Rubio has averaged 9.0 apg. In three of the last four seasons, he’s been a top-85 player. This is a no-brainer.

Going in the opposite direction, Thybulle is a player who should be available in every league. Ben Simmons missed Wednesday’s game dealing with a flu and it wouldn’t be shocking if Philadelphia played it safe and kept him out for Friday as well. The NBA’s YouTube star in the bubble jumped into the starting lineup Wednesday grabbing four steals and a block. As a reserve, playing just 20.8 mpg, he’s averaging 1.9 spg over the last month. He’s not going to give you much else but if you specifically need defensive stats, Thybulle has a high ceiling this weekend.

Even with just one game over the next three days, I’d bet Noel out-blocks any player available in over 50 per cent of ESPN leagues this weekend. Purely from an eye-test, the former sixth overall pick profiles as one of the league’s premier shot-blockers. He’s only 26 years old and has the bounce and timing to sneak up on shooters. In just 17.5 mpg off the bench, he’s averaging 2.0 bpg this season. With Mitchell Robinson expected to miss the next 4-to-6 weeks, Noel deserves to be rostered in 10-team leagues.