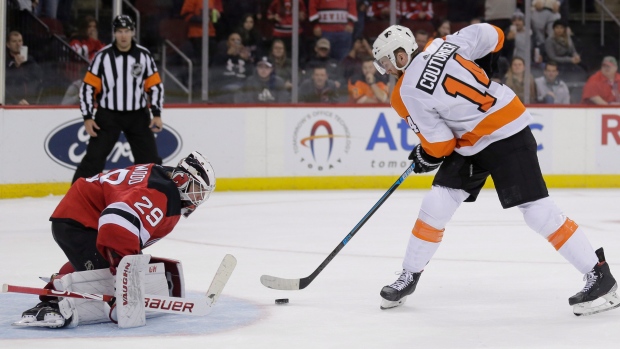 At the time, the 2011 NHL Draft was predicted to produce one of the biggest impact classes in recent history. Fast forward eight years and the data are quite complementary of the talent that class brought to the NHL.

One hundred and twenty-five draftees have made at least one NHL appearance, 31 players have already amassed 100 or more points, and even the goalie crop – including Anaheim’s John Gibson and St. Louis’ Jordan Binnington – has been well represented.

The first round featured more depth than true superstar talent – the first three players off the board (in order) were Ryan Nugent-Hopkins, Gabriel Landeskog, and Jonathan Huberdeau, all of whom have become extremely successful professionals and all of whom are still with the franchise that drafted them.

Plenty of other household names followed. Mark Scheifele and Mika Zibanejad also went within the first 10 picks, as did defenders Dougie Hamilton and Jonas Brodin. And let’s not forget about a pair of top-six forwards the Tampa Bay Lightning landed outside of the first round in Nikita Kucherov and Ondrej Palat, or Calgary grabbing Johnny Gaudreau in the fourth round. Anyway, you get the point: This draft class was as deep as advertised.

If you were asked to name the best skater (sorry, Mr. Gibson!) from the class, players like Kucherov (490 career points) or Scheifele (0.34 goals per game, second to only Kucherov) would probably headline the class. But increasingly I believe there’s another candidate that should earn consideration, and that’s Philadelphia’s Sean Couturier.

Couturier, taken eighth overall by the Philadelphia Flyers that year, was thrust into a defensive specialist role early in his career. Already considered a well-polished two-way forward, Couturier’s lines consistently sucked the life out of the opposition attacking units for years. Regardless of how the teammates changed over the years, it was always the line featuring the Drummondville product that could be relied upon to shut a game down.

But as Couturier has developed, Philadelphia’s coaching staffs have increasingly relied upon him to contribute at both ends of the ice. It started with promoting him into a top-six role, and it’s solidified over the years. Just look how drastic his teammate deployment has been from when he first entered the league (heavily tied to checking-line forwards and defenders who couldn’t move the puck to now (similarly talented players, offensive-minded defenders behind him).

Long gone are the days where Couturier was in the mid-30s for point totals. With an increased role and better teammates around him, Couturier has rattled off consecutive 76-point seasons and again has 21 points (eight goals and 13 assists) in 27 games. In short: the offence has come along in rather considerable fashion.

The scoring has helped put him on the radar, so to speak, but at the end of the day so much about what Couturier is as a player concerns his off-puck play.

Although defensive contributions from players can be harder to quantify, newer regression-driven techniques provide a lot more insight into how these skaters can favourably (or unfavourably) impact both the quantity and quality of shots generated with a player on the ice. It’s why the analytics community has been advertising Boston’s Patrice Bergeron as a superstar for more than a decade; it’s why the same community believes Vegas’ Mark Stone is perhaps the best winger in the league.

No one will mistake Couturier as the league’s most prolific offensive player from this draft class. But we are trying to determine who has been the biggest contributor from the draft class – that’s materially different from identifying the player with the highest point totals.

To that end, we need to understand defensive contributions just as significantly as offensive contributions, and we also need to read in all of the contextual factors (teammate quality, deployment differences, goaltending talent and the impact it has had on on-ice goal differentials, et al.) Regression techniques are going to be the most appropriate here, and we will leverage Evolving Hockey’s Goals Above Replacement measure to understand total contributions since the draft year for each skater.

Who are the clubhouse leaders? 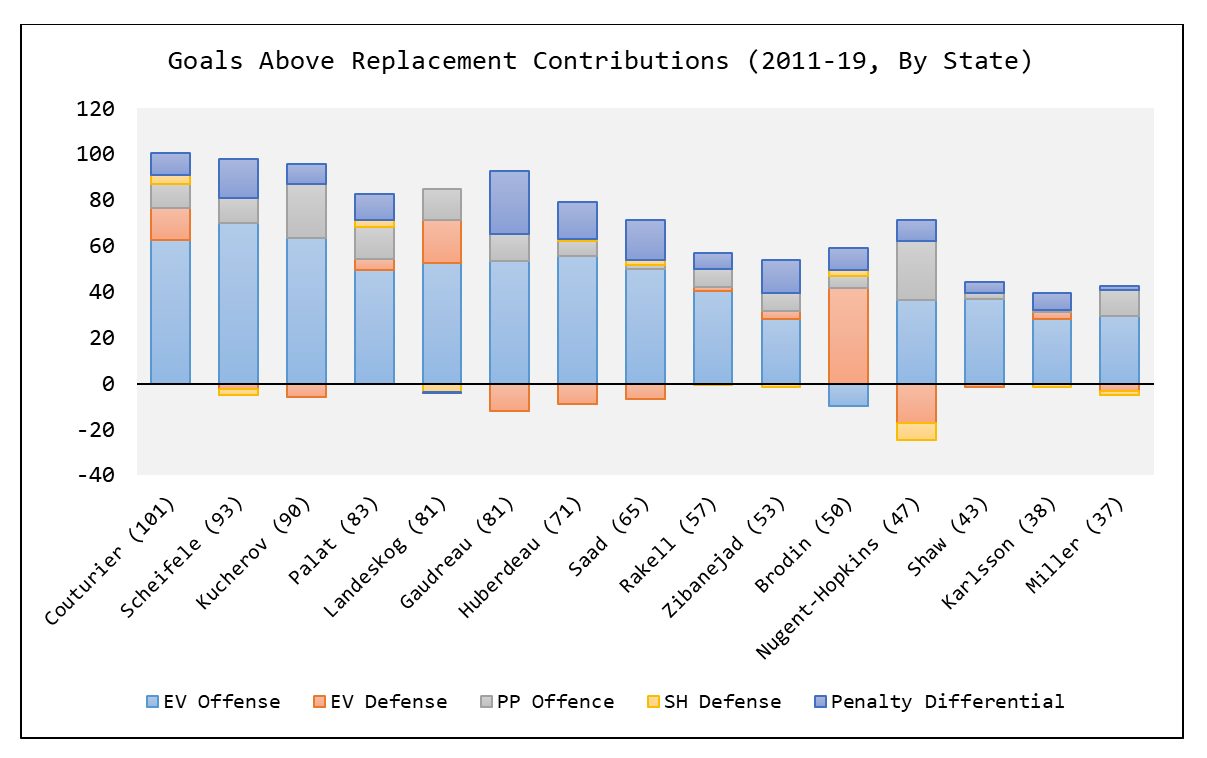 No player has added more wins to his team’s position in the standings from the 2011 draft class than Couturier, and that’s primarily because of two reasons: (1) he’s an exceptional two-way contributor; and (2) he’s played more games than any other qualified skater.

The games played argument is a bit of a double-edged sword, too. You need to reward points for consistency and durability, but it’s also harder to make an apples-to-apples comparison to a player like Kucherov or Gaudreau – two guys who have played 3,000 fewer minutes than Couturier since being drafted. If you unitize for every 60 minutes of play, Couturier is still inside of the top five for contributions, but it is Kucherov who jumps to the front of the pack.

But subset down to the last few seasons, where Couturier has actually been thrust into a top-six role? His contributions are off the charts, and whether on a raw basis (he’s 53 goals above replacement over the last three seasons alone) or unitized for ice time as shown below, Couturier is still No. 1. 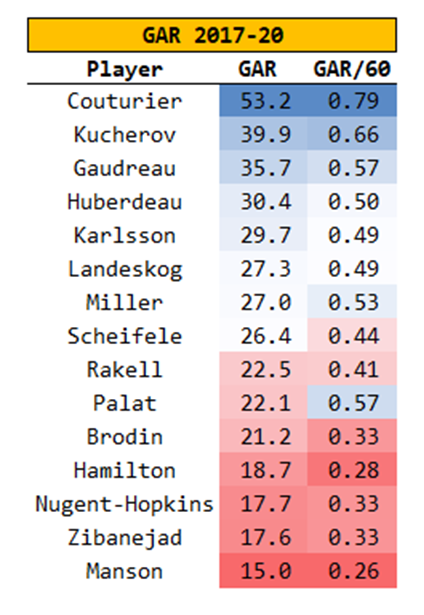 One of the biggest advancements made in hockey analytics over the last decade has concerned the ability to define and quantify defensive contributions. In the case of Couturier, it’s made a huge difference in how we understand the value he brings to the Flyers organization when it comes to defending the run of play, and recently that’s been supplemental to his increasingly larger role as an offensive contributor.

The scariest part is that Couturier is still under contract for the next two and a half seasons on a comically team-friendly contract. That’s good news for Philadelphia, and bad news for the rest of the Eastern Conference.