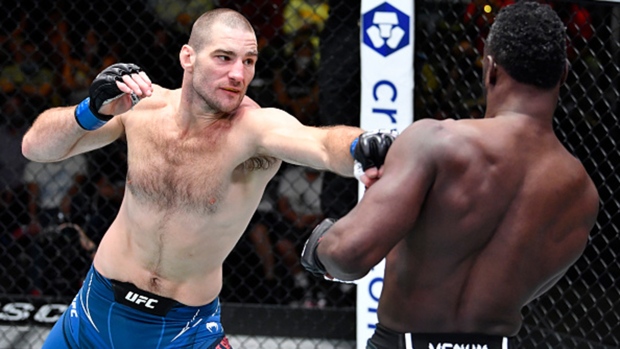 A bout between former UFC middleweight champion Luke Rockhold and Sean Strickland has been verbally agreed upon for UFC 268 on November 6, according to a report by TSN’s Aaron Bronsteter.

Per sources, a bout between Luke Rockhold and Sean Strickland has been verbally agreed upon for UFC 268 on November 6.

Strickland agrees to the fight fresh off his unanimous decision victory over Uriah Hall in their Fight Night main event bout last Saturday.

The victory pushed Strickland’s winning streak to five in a row as he also holds wins over Nordine Taleb, Jack Marshman, Brendan Allen and Krzysztof Jotko during his current run.

The 30-year-old is currently the 8th ranked middleweight contender in the UFC and has an overall MMA record of 24-3.

Rockhold will be trying to bounce back from two straight losses, though against fighters at or near the top of their divisions.

His most recent set back came as he moved up to light heavyweight and suffered a second-round KO defeat at the hands of current champion Jan Blachowicz.

Prior to that, he was knocked out in the third round by Yoel Romero at UFC 221.

The 36-year-old’s most recent victory came over David Branch in a Fight Night main event bout in September of 2017.

Rockhold defeated Chris Weidman at UFC 194 to capture the middleweight title in 2015.

He is 16-5 in his professional MMA career.