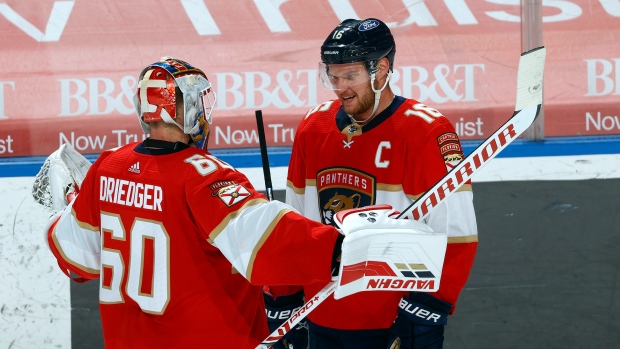 All signs point to the expansion Seattle Kraken signing and selecting goaltender Chris Driedger from the Florida Panthers as part of the expansion draft process, according to TSN Hockey Insider Pierre LeBrun.

Prior to his time with the Panthers, Driedger appeared in three games over three seasons with the Ottawa Senators.

The Winnipeg native was selected in the third round (No. 76 overall) in the 2012 NHL Draft.

Driedger will become an unrestricted free agent on July 28.