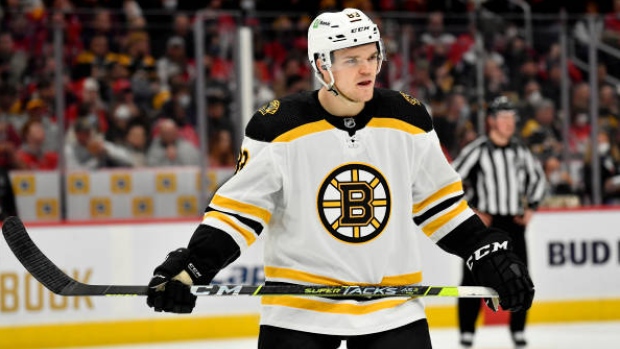 The Seattle Kraken claimed forward Karson Kuhlman off of waivers from the Boston Bruins, while the Montreal Canadiens placed forward Alex Belzile on waivers Monday.

Kuhlman, 26, has one goal and one assist in 19 games for the Bruins this season.

An undrafted free agent out of the NCAA, Kuhlman signed with the Bruins in April 2018 after four years at the University of Minnesota Duluth.

The #SeaKraken have claimed forward Karson Kuhlman (@K_Kuhlman20) off of waivers from the Boston Bruins. pic.twitter.com/KiBZ6SEAa8

Belzile is without a point in 11 games with the Canadiens this season.

The 30-year-old winger has four goals and 11 points in 16 games with the AHL's Laval Rocket.

The Canadiens have placed forward Alex Belzile on waivers today.