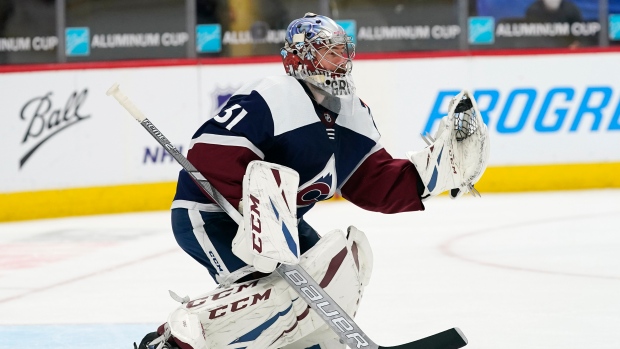 The Seattle Kraken made three significant additions in free agency on Wednesday.

The #SeaKraken have agreed to terms with goaltender @philgrubauer31 on a 6 year contract (5.9M AAV). pic.twitter.com/gSdeyGKwPO

Grubauer, 29, posted a .922 save percentage and 1.95 GAA in 40 appearances with the Colorado Avalanche last season. In 10 playoff games, he had a .914 save percentage and 2.61 GAA as the Avs were eliminated in the second round by the Vegas Golden Knights.

He is coming off a three-year, $10 million contract he signed with the Avalanche in 2018.

A fourth-round pick (112th overall) by the Washington Capitals at the 2010 NHL Draft, Grubauer won the Stanley Cup with the Capitals in 2018. He was dealt to Colorado in 2018 and was a Vezina Trophy finalist in 2021.

Schwartz, who will carry a $5.5 million cap hit on the new deal, scored eight goals and tallied 21 points with the St. Louis Blues last season,

The 28-year-old has spent his entire 10-year NHL career with the St. Louis Blues since they drafted him in 2010 and was part of their Stanley Cup-winning team in 2019.

Wennberg, 26, scored 17 goals and tallied 29 points with the Florida Panthers last season and had a goal and an assist in six playoff games.

The #SeaKraken have agreed to terms with @AlexWennberg on a 3 year contract ($4.5M AAV). pic.twitter.com/65RLEN3iHv

Wennberg was bought out of his six-year, $29.4 million contract with the Columbus Blue Jackets last October and signed a one-year, $2.25 million deal with the Panthers soon after.

Drafted 14th overall by Columbus in 2013, he has played 471 games with the Blue Jackets and Panthers with 57 goals and 230 points.