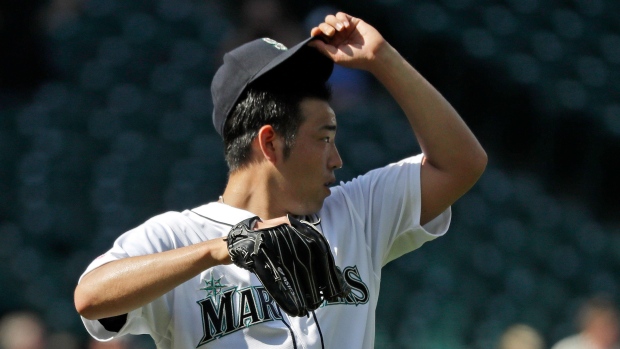 SEATTLE — When the Seattle Mariners kicked off summer camp Friday, figuring out how to get pitchers ready in just three weeks was a primary concern.

One way the Mariners hope to combat worries about putting strain on pitchers' arms is by going with a six-man rotation for the full 60-game season.

That may lead to starters throwing just once a week and perhaps making around 10 starts between the start of the regular season and late September. But for a franchise that’s still building toward 2021 and beyond, avoiding arm injuries is of the utmost importance during this truncated season.

“I think the six-men rotation is a great thing for where we’re at right now and something that we’ll look at going forward into the future,” manager Scott Servais said before the Mariners' first workout. “It’s really, really important to keep these guys healthy. And we do know the impact that they’ll be able to make by having an extra day off; all these guys throw better when they have an extra day. So because we’re using a shortened season let’s stay with it.”

Gonzales and Kikuchi both topped 30 starts last season. Graveman hasn’t pitched since 2018 after Tommy John surgery. Walker made just one appearance last season with Arizona while also recovering from elbow surgery. Sheffield and Dunn are among the top prospects in Seattle’s system.

The next three weeks will be an uptempo race to get those arms ready to throw in the neighbourhood of 70 or so pitches in a competitive environment.

General manager Jerry Dipoto said last week that the club may piggyback starters as well to reduce some of the strain. Having enough arms among middle relievers will be critical knowing how limited starters may be initially.

Servais said the intent is to have 16 or 17 pitchers on the expanded roster when the season begins.

“One thing we’re doing is communicating with our players out of the chute, that this is really important that we’re going to push you a little bit,” Servais said. “Certainly our relievers, to make sure we’ve got relievers that are stretched out as well, where they can get you six, seven outs on certain days.”

The plan with Seattle’s starters is for all of them to throw bullpens, live batting practice and at least a couple of intrasquad games before the start of the season.

That still doesn’t equal many innings for the entirety of the season. Depending on how the schedule breaks down, some pitchers might top out around 10 starts. A season ago, Gonzales led all of baseball with 34 games started and threw a career-high 203 innings.

This year? He probably will make a third of those starts and his innings pitched may top out around 60.

“I’m gonna approach every start the same,” Gonzales said. “I don’t look at a total number of starts that I might get at the beginning of a season, I just look to the next one and prepare as best I can for that next outing and go try and win. I don’t think that this makes it any different. I just want to go and if I get 10, then they’re going to be the best 10 I got."