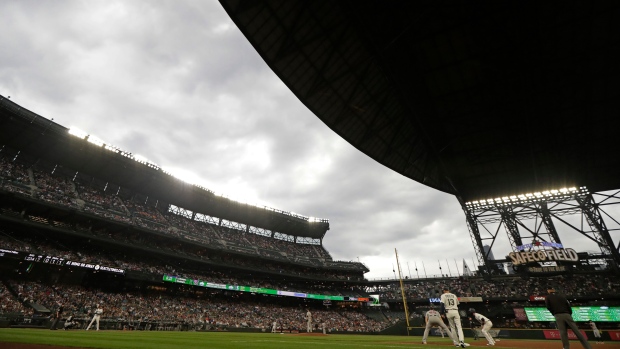 The Seattle Mariners' season will not get underway at T-Mobile Park and the team is looking at contingencies.

The New York Post's Joel Sherman reports that the team's first two scheduled series - four games against the Texas Rangers from March 26 to 29 and a two-game series against the Minnesota Twins from March 30 to 31 - cannot be played in Seattle as decreed by Gov. Jay Inslee and the team is currently looking at alternate venues.

Hear that the #Mariners are not going to play their first 2 series at home by governor decree. MLB. Working on scenarios to relocate

The team said in a statement later on Wednesday that it is working with the commissioner's office to find a suitable replacement venue.

Statement from the Seattle Mariners on Governor Jay Inslee’s community strategies to combat the spread of COVID19:

"While we hope to be back to playing baseball in Seattle as soon as possible, the health and safety of our community is the most important consideration," the statement read. "We will provide more information about our plans for the games as it becomes available."

Later on Wednesday, the Seattle Sounders, who share CenturyLink Field with the Seahawks and the Dragons of the XFL, announced that their March 21 match against FC Dallas would be postponed.

"Throughout this process, Sounders FC has stated that nothing is more important than public safety and the wellbeing of our fans," the club said in a statement. "With that in mind, we respect the difficult decision that has been made today, and our club will continue following the guidelines set forth by our public health authorities and government agencies. We will maintain our consistent dialogue with elected leadership, public health officials and Major League Soccer, and as more information becomes available, the club will continue to provide public updates. This includes details about rescheduling the FC Dallas match for a later date."

The Dragons also issued a statement that their Sunday game with the Los Angeles Wildcats would go on as scheduled without fans in the stadium.

Inslee announced on Wednesday that all gatherings of more than 250 people in the Seattle metro area are to be banned as a means to control the outbreak of the coronavirus (COVID-19). The ban is set to apply to King, Pierce and Snohomish counties, which are home to approximately four million people.

There have been 269 reported cases of the coronavirus in Washington state, with the death toll reaching 25 and 22 of those deaths coming in the Seattle and King County regions.

The Mariners have 16 home dates before the end of April.