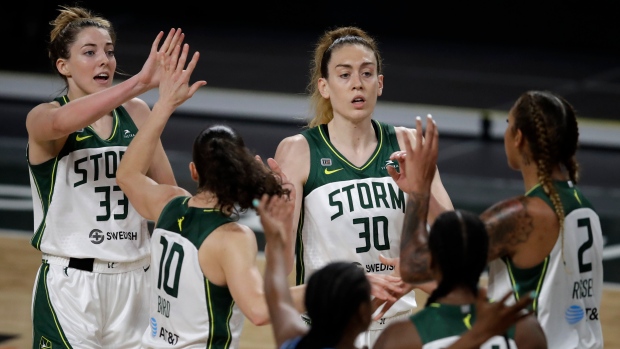 ATLANTA -- — Jewel Loyd scored 20 points, Breanna Stewart pitched in with a double-double and the Seattle Storm remained unbeaten on the road with an 86-75 victory over the Atlanta Dream in WNBA action on Friday.

Epiphanny Prince came off the bench to score 11 for the Storm, who won their second straight and sport the best record in the league. Prince sank 3 of 4 from beyond the arc.