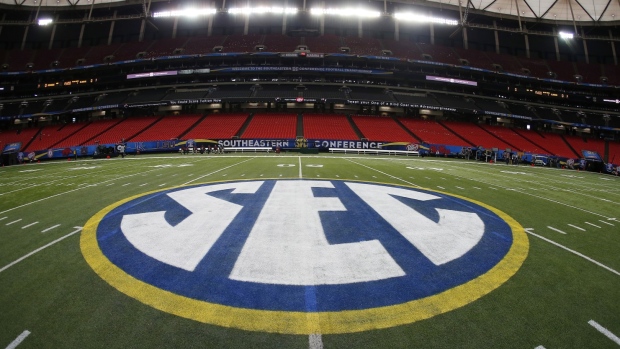 The Southeastern Conference officially extended invitations for membership to Texas and Oklahoma on Thursday, effective for the 2025-2026 academic year, after a unanimous vote among the conference's 14 member schools.

NEWS | The @SEC Presidents & Chancellors voted unanimously Thursday to extend membership invitations to the University of Oklahoma and the University of Texas to join the SEC effective July 1, 2025, with competition to begin in all sports for the 2025-26 academic year.

Earlier this week both schools announced their intent to defect from the Big 12 at the conclusion of the conference's current television deal. Both Texas and Oklahoma submitted official membership applications on Tuesday.

"Today's unanimous vote is both a testament to the SEC's longstanding spirit of unity and mutual cooperation, as well as a recognition of the outstanding legacies of academic and athletic excellence established by the Universities of Oklahoma and Texas," SEC commissioner Greg Sankey said in a statement. "I greatly appreciate the collective efforts of our Presidents and Chancellors in considering and acting upon each school's membership interest."

Both Oklahoma and Texas had been charter members of the Big 12 since its inception in 1996.

The Sooners have won the Big 12 football championship 14 times, while the Longhorns have claimed it on three occasions.