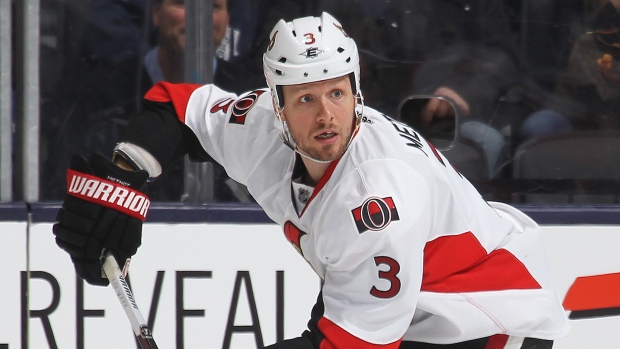 Ottawa Senators defenceman Marc Methot continues to make progress on his return from injury, but according to head coach Paul MacLean he's not close to joining the team for practices.

Hampered by a reported back injury, Methot has yet to play a game this season and there's no timetable for his return.

Methot was placed on injured reserve at the start of the season.

Defenceman Chris Phillips was not on the ice for Wednesday's practice and is listed as day-to-day with a lower-body injury. The 36-year-old left Tuesday's game against Detroit in the third period and didn't return.

Mark Borowiecki was on the ice with teammates Wednesday morning. It was the first time for the 25-year-old since being hit into the boards last week in Columbus. "(I) should be available. If need be, I'm ready to go," said Borowiecki.