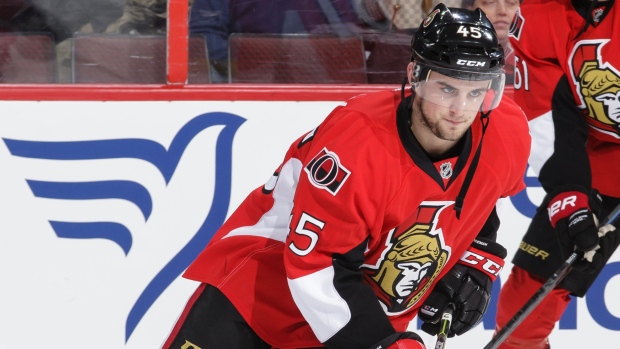 OTTAWA - The Ottawa Senators agreed to terms on a two-year contract extension with defenceman Chris Wideman on Wednesday.

He won the Eddie Shore Award as the AHL's best defenceman after a 61-point campaign with the Binghamton Senators last season.

Wideman was selected by the Senators in the fourth round (No. 100 overall) of the 2009 NHL Entry Draft.