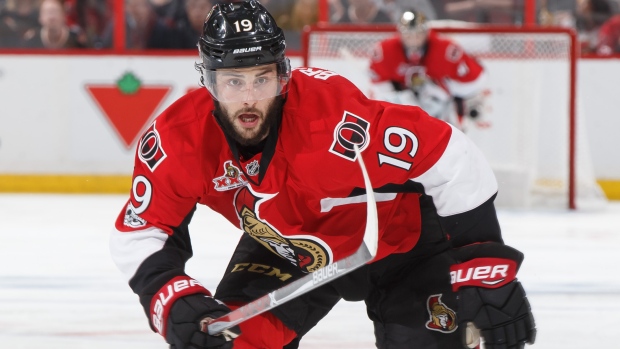 Ottawa Senators forward Derick Brassard said Tuesday he feels ahead of schedule in his return from surgery on a torn labrum.

Brassard had shoulder surgery on June 6 and was given a timeline of four-to-five months for recovery. The Senators said at the time they were hopeful Brassard would be ready for the start of the season.

“I feel pretty good,” Brassard told the Ottawa Citizen. “It was a short summer. I had the surgery a couple of weeks after the last game, so I was pretty busy with that in training. Now, I’m just excited to be back.

“I haven’t really talked to the doctors and stuff, just doing the daily routines in the gym with trainers,” he said. “We’ll see where we’re going to be when training camp opens. I would say I’m probably ahead of (schedule), but they would never clear you (for contact) before four months. I’m sure (doctors) will be cautious with it to make sure I’m ready to go 100 per cent.”

Brassard, 29, scored 14 goals and added 25 assists for 39 points in 81 regular-season games during his first year with Ottawa. He recorded four goals and seven assists for 11 points in 19 playoff games.

The Senators open the season on October 5 against the Washington Capitals.