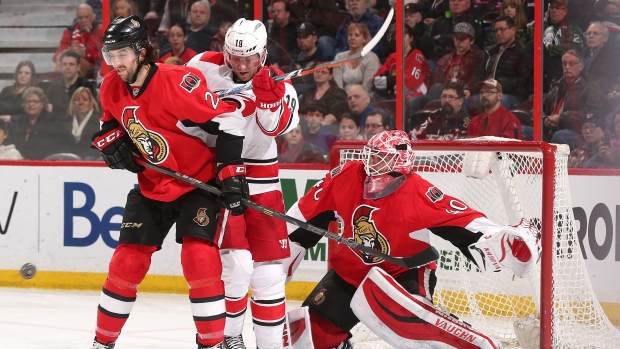 Ottawa Senators defenceman Jared Cowen will have a hearing on Monday after a hit to the head of Florida Panthers forward Jussi Jokinen during Saturday's 4-1 win.

Early in the second period of Saturday's game, Cowen was assessed a two-minute minor for interference on the play. Jokinen stayed down for some time, but left the ice under his own power and later returned to the game.

If suspended, this would be the second of the 24-year-old's career. Cowen was banned for two games in December of 2013 for an illegal check to the head of Buffalo Sabres forward Zemgus Girgensons.

In 48 games this season with the Senators, the Saskatoon native has three goals and six assists.