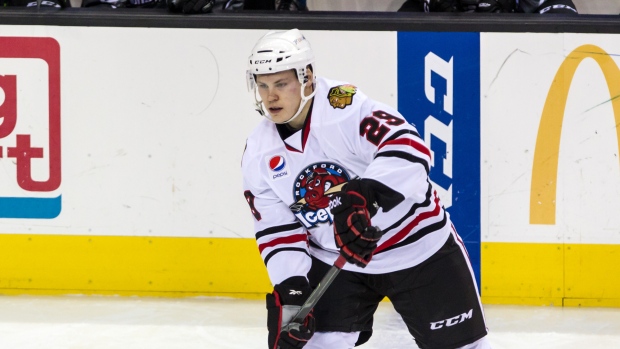 Pokka, who was acquired in the October 2014 trade that sent defenceman Nick Leddy to the New York Islanders, had four goals and 18 assists in 46 games with Rockford of the American Hockey League. The 23-year-old Pokka has yet to appear in an NHL game.

DiDomenico, 28, had six goals and four assists in 24 games with Ottawa this season. He will report to Rockford.

The Blackhawks also recalled goaltender Jean-Francois Berube from the IceHogs and assigned goalie Jeff Glass to their top minor league affiliate. Berube was slated to back up Anton Forsberg in Thursday night's game against Anaheim.