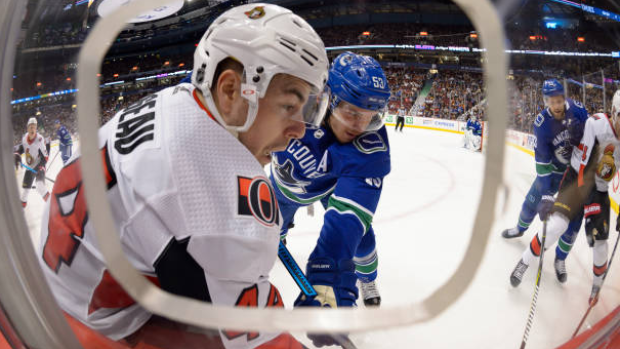 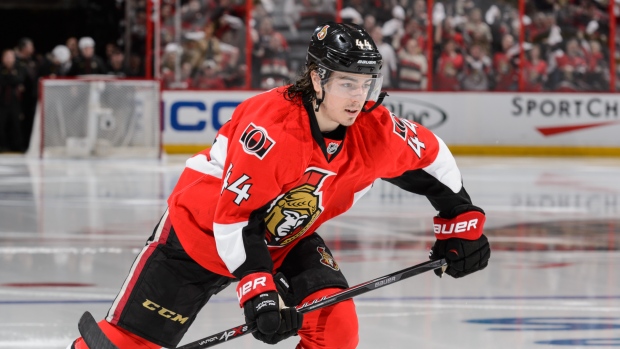 Pageau received a two-minute minor penalty for boarding against Sautner in the second period of the Senators' 7-4 loss on Wednesday. As Sautner attempted to clear the puck for his own zone along the side boards, Pageau hit him into the glass, dropping the Canucks forward to the ice.

Ottawa’s Jean-Gabriel Pageau will have a hearing today for Boarding Vancouver’s Ashton Sautner.

Pageau, 26, has three goals and 10 points in 31 games this season. He has never been suspended in his NHL career.

The Senators will face the Flames in Calgary on Thursday night.