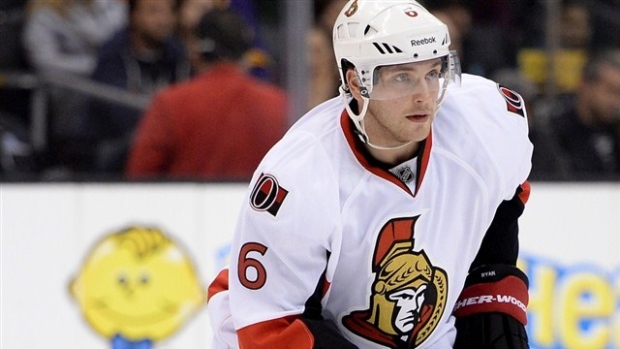 According to the coach, the 30-year-old native of Cherry Hill, N.J., is dealing with a "ligament thing" and is out at least three weeks.

Ryan is gone for a minimum of three weeks. #Sens

This is the third time Ryan will be sidelined with a finger ailment this season. He incurred an injury during a Dec. 21 game with the Tampa Bay Lightning that kept him out of the lineup until Dec. 30.  He then blocked a Patrick Sharp shot during a Jan. 18 contest with the Chicago Blackhawks that put him on the shelf for two games. Most recently, the 10-year pro incurred another digit injury during a Feb. 1 game with his former club, the Anaheim Ducks and he hasn't played since.

In 39 games this season, Ryan has seven goals and 13 assists. With Ryan's absence, the team will make a recall from their American Hockey League affiliate Belleville Senators.