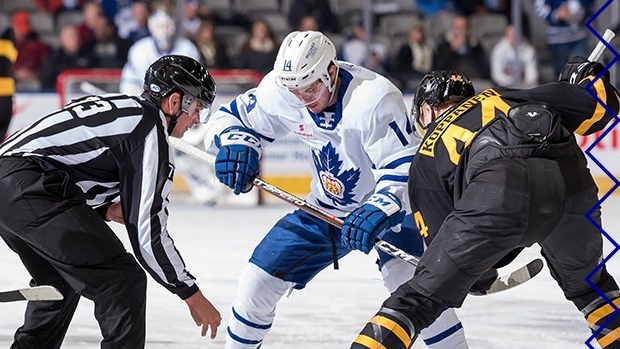 TORONTO — Zach Senyshyn had a pair of goals and the Providence Bruins used a four-goal second period to beat the Toronto Marlies 5-0 on Wednesday in American Hockey League action.

Dan Vladar stopped all 35 shots his way for the shutout, including 17 in the third period as Toronto made its final attempt to hit the score sheet.

Providence went 2 for 4 on the power play while Toronto failed to score on six chances with the man advantage.