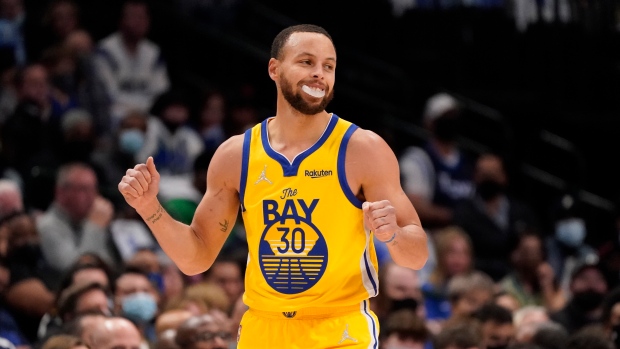 Stephen Curry and Kevin Durant were the focus of the NBA regular-season MVP conversation until last week.

But the MVP stock for both players has dipped over the past 14 days – one due to a shooting slump, the other due to injury.

At the beginning of this month, I wrote an article reminding everybody to not get too attached to the awards favourites. If there truly was such a thing as a lock to win an award mid-season, you likely wouldn’t be able to bet on it at a price that would be worth your time.

History has shown that it’s usually around the halfway mark of the season that the MVP conversation starts to narrow.

For example, in the weeks leading up to the NBA All-Star Weekend last season, LeBron James, Joel Embiid and Nikola Jokic were the only players with shorter than +1000 odds to win MVP.

At that same time in the previous season, LeBron, Giannis Antetokounmpo, Luka Doncic and James Harden were the only players at shorter than 10-to-1.

While Durant’s odds have lengthened all the way to +2400 in light of his recent injury, there are a handful of players trending in the opposite direction over the past couple of weeks.

Let’s look at the case for each of the top MVP contenders, with the most likely arguments for and against each candidate.

Hopping on the hype train: Chef Curry walked into the season with the fifth-shortest odds to win MVP, but he jumped to the top of the board after the opening week and hasn’t given up the pole position since. By the end of November, Golden State was 19-3. The classic ‘best player on the best team’ narrative is on Curry’s side. He has a +16.3 on/off difference this season and the Warriors have gone 1-3 when he’s sidelined, with the lone win in those four games against the lowly Detroit Pistons. In 41 games, he’s had a negative rating just eight times. Simply put, when he’s on the court, the Warriors win.

Drinking the Haterade: Curry can only do what he does if Draymond Green shares the floor. Excluding the December loss to Toronto in which the Warriors sent their C-Squad across the border, Golden State has gone 3-6 with Dray sidelined over this recent slump. In this same period, Curry has shot just 38.1 per cent from the field. Klay Thompson’s return will take the scoring burden off Curry’s shoulders in the weeks to come and their depth is truly the difference between this season and last.

Hopping on the hype train: This award is meant to go to the world’s best player. Giannis has gone on record suggesting no one is better than Durant right now, but if he’s removed from the equation, is he not the next-best option? In terms of two-way play, no one impacts both sides of the floor more than Antetokounmpo. Each of Milwaukee’s big three has missed significant time and several other key depth players have been sidelined. You can argue the team dealt with championship hangover, but as they move closer to the playoffs, don’t be surprised to see Giannis ramp up. He’s averaging 31.8 points per game in January, his best month thus far, and the wins should start accumulating as the roster gets back to full strength.

Drinking the Haterade: Yawn. Voter fatigue. The Greek Freak has already won this award twice and took home Finals MVP last season. The Bucks were the No. 1 team during both his MVP seasons, are we going to hand him the award with seven teams performing better than them right now? Giannis has missed nine games total, four games where Jrue Holiday and Khris Middleton were active. The Bucks survived going 3-2. In the games where Jrue was the lone inactive? Milwaukee has gone 3-7. Giannis doesn’t lead in any of the key metrics traditionally used to evaluate MVP. He’s not the analytics darling like Jokic, his team isn’t the best in the league let alone the East, and he’s teetering on the border of the games missed threshold.

Hopping on the hype train: When you have highly respected MVP voters like Zach Lowe banging the drum about Jokic’s historic season from an analytics perspective, you can assume other voters will succumb to groupthink and lean in the reigning MVP’s direction. Pick any advanced stat you like (Box Plus/Minus, Win Share, Value Over Replacement Player, Player Efficiency Rating) and it’s the same name at the top. Jokic has a +21.9 on/off rating and none of the other candidates even come close. With Jamal Murray and Michael Porter Jr. out of the picture, The Joker is the only reason why Denver isn’t in the lottery.

Drinking the Haterade:  A player on a .500-level team cannot win this award. The Russell Westbrook MVP season was the worst voting debacle ever. Lowe has been on record condemning that pick, so would he be a hypocrite selecting Jokic if Denver fails to secure home-court advantage? In this century, no other MVP winner has been on a team lower than the third seed. Stare at all the numbers you want, but if Denver isn’t winning and no one dares to definitively call Jokic the world’s best basketball player, how can he win MVP?

Hopping on the hype train: Last year’s runner-up, Embiid has been carrying the Sixers on his back from day one. With Ben Simmons likely never playing for Philly again, The Process has one of the best MVP narratives by keeping this team afloat, sitting just 2.5 games out of first place in the Eastern Conference. Aside from a three-week absence due to health and safety protocols, Embiid has avoided injuries, which have been his downfall in the past. The Sixers have struggled mightily during the games he’s missed this season, going 3-8. Embiid has been the hottest player in the league since Christmas, leading the association with 33.3 POG in just 31.3 MPG. The Sixers are on a 10-2 hot streak with Embiid coming off a 50-point double-double in his last game.

Drinking the Haterade: No MVP since Allen Iverson in 2001 has missed more than 10 games. What if Embiid ends up missing additional time with a minor injury? What if voters decide they don’t care COVID-19 was the reason Embiid missed nine games this season? Is he automatically disqualified? Based on their current net rating, the Sixers aren’t even a top-10 team. Up against the top eight teams in the league right now, Philly has a 5-8 record. Sure, they can stomp on the lottery teams, but will they continue to struggle against the NBA’s elites?

Hopping on the hype train: Temetrius Jamel Morant isn’t just the future of the NBA, he’s the present. One highlight-reel play after another, the 22-year-old is eerily similar to Derrick Rose in his MVP season – a flashy rim-hunting point guard with explosive hops who’s leading their team to unexpected success. Memphis has catapulted into third in the West, an amazing accomplishment considering they were +8500 to win the championship in pre-season. They’re 12-4 since Morant returned from a knee injury and if they maintain this trajectory and supplant the Warriors (who are only two games ahead), the MVP chatter for the newest name to the conversation will be hard to ignore.

Drinking the Haterade: How can a candidate favoured to win the Most Improved Player Award also take home the league’s top prize? He’s a rising star, but he’s not the league’s best player today. Or how about the fact that of the four candidates above, Morant is the only player with a negative on/off rating? Can we ignore how Memphis went 10-2 during the stretch he was sidelined? If we’re only living off highlight packs, Morant is a legitimate contender. If we’re evaluating who’s the most impactful player in the league, he’s still a step behind the other candidates.