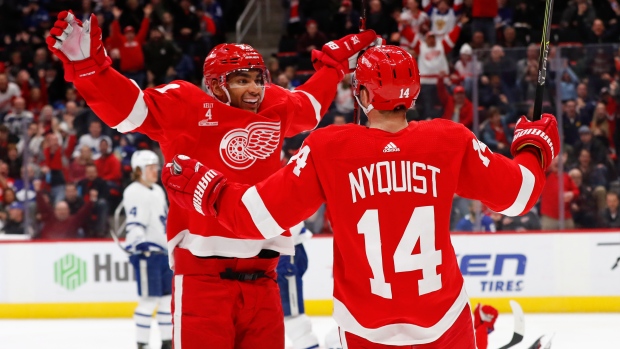 The Detroit Red Wings are sending forward Gustav Nyquist to the San Jose Sharks in exchange for a 2019 second-round pick and a conditional 2020 third-round pick,

Obviously, some paperwork to be processed on the waiver, and a trade call with the league. As long as there are no last-minute hiccups, this deal will get done.

The conditional third-round draft pick in the 2020 NHL Draft would become a second-round pick in the same draft should the Sharks advance to the 2019 Stanley Cup Final or should Nyquist re-sign with the Sharks.

The Red Wings will retain 30 per cent of Nyquist's remaining salary according to TSN Hockey Insider Pierre LeBrun.

The teams then finalized the deal hours later after Nyquist waived his no-trade clause.

Nyquist is scheduled to become an unrestricted free agent this summer. He carries a $4.75 million cap hit this season.

Nyquist has spent his entire seven-year career with the Red Wings, who selected him in the fourth round (121st overall) at the 2008 NHL Draft.