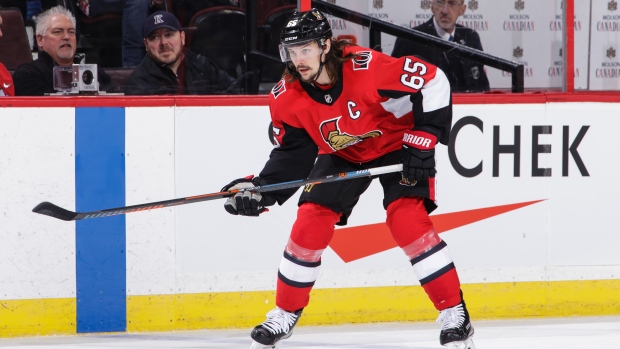 TSN Hockey Insider Pierre LeBrun reported the Sharks have spoken to the Senators about their star defenceman.

Hearing that San Jose among the several teams who have talked to Ottawa regarding Erik Karlsson. Not sure there's a match there, but not surprised either by the Sharks doing due diligence. They're big-game hunters, went after Stamkos 2 yrs ago, traded for Thornton/Burns...

LeBrun added while he isn't sure there is a fit there, he isn't surprised by the Sharks going "big game" hunting again.

And I guess it's worth pointing out that if Bobby Ryan is to be part of any Karlsson deal.... the Sharks have tons of cap room. But again, not sure it will go anywhere with San Jose... I have a hard time seeing a fit but who knows...

There are reports the Senators will look to offload forward Bobby Ryan, and his seven-year, $50.75 million contract that still carries four years on it after this season, in any potential Karlsson deal, and LeBrun added the Sharks have tons of cap room to take on both players.