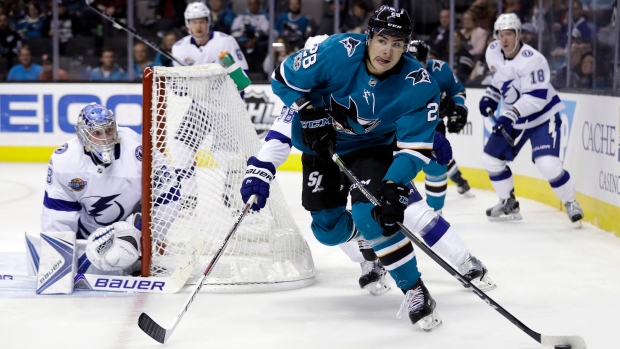 The NHL announced Sunday that Meier will be fined $2,403.67 for the infraction. The play occurred late in the third period of San Jose's 5-0 win over the Canucks on Saturday night. Meier was assessed a major penalty for elbowing and a game misconduct.