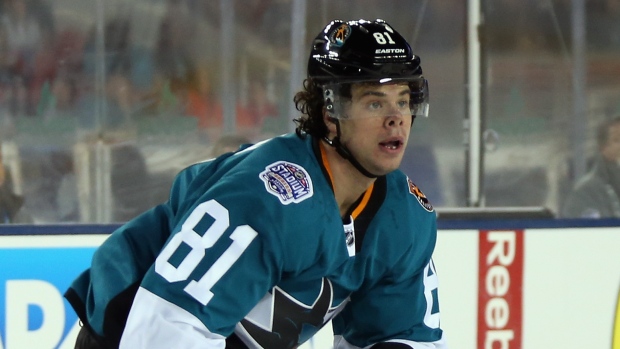 The San Jose Sharks have traded right wing Tyler Kennedy to the New York Islanders in exchange for for a conditional third-round draft pick in 2016.

Kennedy, 28, has four goals and five assists over 25 games this season with the Sharks.

This is Kennedy’s second season in San Jose after the Pittsburgh Penguins traded him to the Sharks in exchange for a second-round pick in the 2013 NHL Draft. Kennedy spent the first six years of his career playing in Pittsburgh.

Kennedy is in the final year of a two-year contract worth an average annual value of $2.350 million and is slated to become an unrestricted free agent at season’s end.

He was selected by the Penguins in the fourth round (99th overall) of the 2004 NHL Entry Draft. He won a Stanley Cup in 2009 as a member of the Penguins.