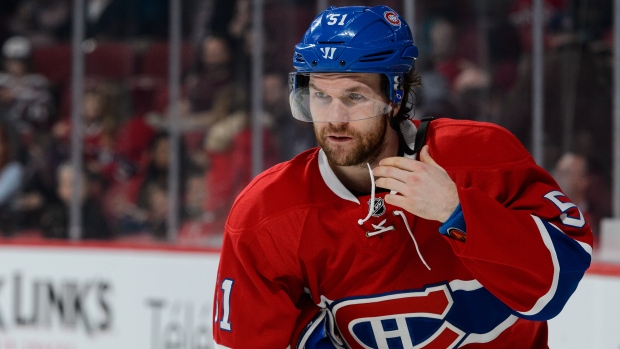 Come every trade deadline, there’s one critical question a general manager looking to buy needs to be able to answer: Where is the drag on my team, and can that drag be remedied by external player acquisition?

From the top of the organizational hierarchy all the way through the assistant coaches, most of a team’s hockey minds can provide reasonable qualitative assessments in an attempt to answer that question. Add this to the basic numbers that have been available essentially forever, and you now have a good chunk of your justification for trade proposals in years past.

Much more thought that goes into this process in today’s NHL - and that’s a good thing. Hockey analytics have played a role, identifying team strengths/weaknesses, and generally amplifying trade justifications. It’s the classic case of how having more information can lead to more informed decisions, assuming the right personnel are handling the operations.

One of the things I like to look at in the buildup to trade deadline is the effectivity of player combinations over the course of a season. At the absolute minimum, it should give you a reasonable starting point for assessing both drivers of success and performance drags across a roster.

Let’s provide some pre-trade deadline examples for a couple of teams expected to be in the buyer’s seat across Canada. Right now, this list includes the Montreal Canadiens and the Ottawa Senators, though I’m entirely unsure why Bryan Murray’s team would position themselves in this manner considering their dire playoff odds.

Let’s also include the Calgary Flames, a team I’d call a tweener. It’s expected Calgary may operate as a seller at this trade deadline despite being (to at least some degree, anyway) in the playoff picture – the anticipation is that they may move a defender out to clear some space for some big extensions on the horizon. Still, I don’t think this team would completely ignore the possibility to upgrade their team in the short-term if that opportunity comes about, especially if it doesn’t significantly impact their cap situation.

How does Montreal look?

It’s impossible to not notice that David Desharnais is blue across the board. No matter which defender he’s playing with, his shot-numbers will pale (in most cases, miserably) in comparison to the team average. For a guy who is playing a ton of minutes for this Montreal team, it’s a massive concern. You can’t have a top-six centre getting his teeth kicked in like this and expect to win a Stanley Cup.

Now, Desharnais’ raw numbers aren’t terrible - he’s still breaking even relative to the league average with most of these teammates. So, perhaps this is more about calibrating ice time and usage for head coach Michel Therrien. Would a downgraded role for Desharnais help both him and the team? It strikes me as a very real possibility.

The other big takeaway can be found in Tomas Plekanec’s numbers. For a guy who has been really billed as the team’s shutdown/defensive centre for a few years now, he’s really having an impressive rebound season. Anytime you can compare to the likes of Max Pacioretty and Brendan Gallagher, you’re doing something right.

I think this shows three things: a team that’s woefully dependent on one player, a coach that’s probably mangling the minutes, and an obvious talent disparity on the defensive side.

To their credit, the Senators have tried to rectify point three by way of the Phaneuf trade. There’s a lot of financial interest for both the Senators and the Leafs on that trade, but from a pure talent perspective, I think he’s going to help out a fair bit.

That said, points one and two are gigantic. Erik Karlsson’s going to win another Norris Trophy and the strongest validating point (other than the just surreal point lead he has on every other defender) is the fact that he makes the Senators look like a competent team. Cover up his column and look at the rest of the group. It’s amazing they’re even remotely in the playoff race, though having 2 per cent playoff odds may be a loose definition of remotely.

The coaching thing is curious. You wonder why a guy like Shane Prince, who looks reasonably good with just about everyone, struggles to find ice time. You wonder how guys like Alex Chiasson have managed to log 52 games (and counting). You wonder why centres in Pageau/Zibanejad, who seem talented enough and have a track record of playing well prior to this year, have really fallen on their face under Dave Cameron.

I’ll end on a happy note, though. Chris Neil! What a mini-resurgence. And they said the grizzled veteran was done. (He probably is, but this is still a cool little development.)

You have to wonder why David Jones and Matt Stajan have been such regular fixtures for this team. They look bad in every environment, and some of those numbers (Jones is in the 30s with both Russell and Wideman) are terrifyingly bad for a playoff hopeful.

On the defensive side, Calgary appears to suffer from the same top-heavy problems that Ottawa has. Where Karlsson blesses everything he touches, the same can be said for the likes of Mark Giordano and T.J. Brodie. Dougie Hamilton’s no slouch, either. The core of this blueline is amazingly good.

But, after the core pieces, it’s a pretty objectionable mess. I’ve already written about Kris Russell - I don’t know why you would entertain re-signing a guy who can’t elevate the play of anyone around him. Wideman and Engelland have struggled as well, particularly in instances when it’s depth with depth. Competent third-pairing defenders don’t really grow on trees, but you’d have to imagine that if Calgary could finesse something at the deadline cap-wise and add a piece back there, it would help things quite a bit.

And continuing the theme of ending on positive notes: Johnny Gaudreau. What. A. Player.

Understanding operational need is a necessity for any hockey organization as they venture into the trade market. Relatively simple analyses like those above can help a team ask the right questions and, ultimately, find the players that are going to add incremental wins towards the standings.