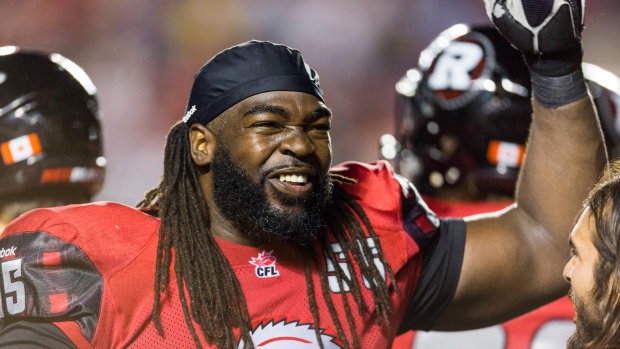 OTTAWA — Offensive lineman SirVincent Rogers has signed a one-day contract with the Ottawa Redblacks so he may retire as a member of the team.

Rogers first came to the CFL in 2013 as a free-agent pickup of the Toronto Argonauts. He spent two years there before he landed with Ottawa.

In 2019, Rogers signed with Edmonton, where he spent the remainder of his career.

"My mind can no longer will my body to play football at the level we've all been accustomed to," said Rogers in a release.

"I'm very blessed and humbled to have this opportunity to officially retire from the great game of football. To do so as an Ottawa Redblack means more than I could ever articulate."

This report by The Canadian Press was first published Jan. 28, 2022.