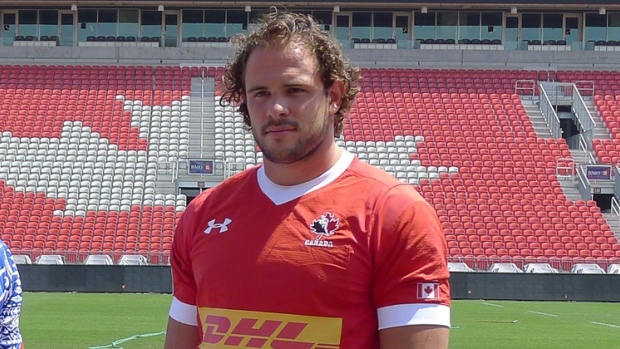 Only six players remain from the starting 15 that lost 38-13 to ninth-ranked Fiji last Saturday in Suva and two of those change positions. Gord McRorie shifts from scrum half to fly half while Kyle Baillie moves to the back row from lock.

Thursday's test match is at Churchill Park in Lautoka, Fiji.

Canada, ranked 21st in the world, opened the six-team tournament with a 47-19 loss to the 14th-ranked Americans.

Jones saw positives in the loss to Fiji.

"I think there's a lot of improvements from our side in the space of a week which we're pleased with," he said in a statement. "I think our set piece has progressed and our scrum at times was good. There's lots of learning technically still to do to keep growing. We feel we're making gains each week and we look forward to Tonga now."

The Pacific Nations Cup is a warmup for the Rugby World Cup, which opens Sept. 20 in Japan.