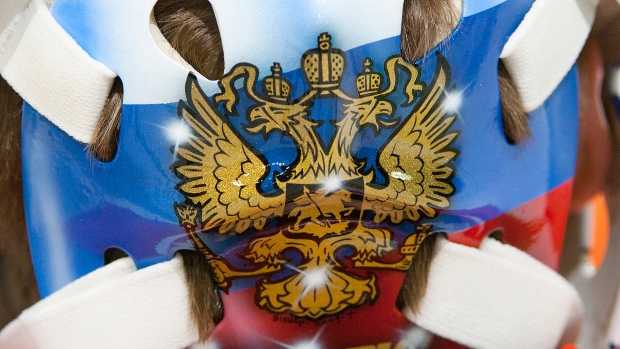 Russian players, their representatives and National Hockey League teams have contacted immigration lawyers in recent days to discuss the process of applying for asylum or permanent residency in North America, according to sources familiar with the subject.

All are concerned that the U.S. and Canadian governments may slow or stop issuing new work permits and travel visas to Russian athletes, said Joe Kirkwood, a San Diego-based immigration lawyer who has worked on player visa issues for more than 25 NHL and American Hockey League teams.

“My teams are scared,” Kirkwood said. “They are concerned that Russian players in their systems may be required to leave, or that their visas may not get renewed. The worry is about sanctions. The U.S. and Canada are adding new sanctions almost every day and it’s impossible to say what that will mean for the granting of new visas for foreign workers.

“I don’t expect that the U.S. government would revoke the visas for [Russian pro hockey players] who already are here, but there’s a very real and valid concern about what might happen with new visas moving forward.”

Two sources close to players who have pursued conversations with immigration lawyers asked for anonymity because they said it may endanger those players if they were identified.

Thomas Arkell, an immigration lawyer in Bloomington, Ill., who has represented professional hockey players and teams, said he has also been contacted by players and player agents worried about the growing conflict in Ukraine.

“Many European players are concerned about the current threat that exists to them, their family, and/or their country,” Arkell wrote in a text message. “I have had numerous inquiries lately from agents and individuals regarding options for permanent residence in the United States.”

Ukraine’s embassy in Ottawa asked the Canadian government to stop issuing new work permits and travel visas for Russian athletes on March 2. Andrii Bukvych, Ukraine’s Chargé d'Affaires in Ottawa, told TSN on Wednesday that Canadian officials have told him they are considering his government’s request.

“Sport- and culture-wise, they are very serious about the possible measures taken as a reaction to Russia’s war and war crimes happening in Ukraine,” Bukvych wrote in a text message. “Waiting for details.”

A spokesman for the U.S. State Department did not respond to a request for comment.

Immigration, Refugees, and Citizenship Canada spokesman Aidan Strickland wrote in an email to TSN that Canada has a “fair and compassionate refugee protection system.”

“At this time, there are no special immigration measures for Russian nationals,” Strickland wrote. “Russian nationals can continue to apply through our regular immigration pathways, pending approval on all admissibility requirements. If Russian nationals in Canada choose to claim asylum, those individuals’ claims will be fully assessed by the Immigration and Refugee Boards independent administrative tribunal, as is done with all claims for protection within Canada.”

Kirkwood said there is a precedent at least in the U.S. for an immediate and dramatic change regarding visas for foreign nationals.

On Jan. 27, 2017, then U.S. president Donald Trump signed an executive order that banned foreign nationals from seven predominantly Muslim countries from visiting the U.S. for 90 days, suspended entry to the country of all Syrian refugees indefinitely and prohibited any other refugees from coming into the country for 120 days.

While the U.S. Supreme Court upheld a version of the travel ban in 2018. President Joe Biden overturned the Trump travel ban in one of his first actions in office.

“Trump issued that presidential proclamation without any notice and without consulting with Congress, and there’s no reason to think that Biden couldn’t do this with Russians,” Kirkwood said.

Kirkwood said most NHL players in the U.S. on multi-year contracts would qualify to become permanent residents and would not need to apply for asylum if they had the support of their teams.

“An NHL contract is almost enough unless there are underlying issues like a criminal record or past immigration violations,” Kirkwood said.

He said foreign-born players on U.S.-based NHL teams who apply for permanent residency and then are traded to Canadian clubs could see their application fall apart.

“If a guy applies and is traded to a Canadian team that can put the brakes on it,” Kirkwood said. “If he moves to a Canadian team and there is no longer a ‘U.S. job offer’ they cannot continue with the application. Continuing to reside in the U.S. doesn’t save this…”

However, Kirkwood said if a player applies for permanent residency without the support of a team in the category of “an alien of extraordinary ability” there is no requirement for a U.S. job.

“A temporary move to Canada may not kill that type of application,” he said.

In Canada, NHL players who are foreign nationals currently receive permission to play for the NHL’s seven Canadian teams by obtaining a work permit specific to professional athletes, coaches and trainers, said Daniel Levy, a lawyer at Cohen Immigration Law in Montreal whose clients have included pro athletes.

While NHL teams typically help players obtain work permits and travel visas, foreign-born players in both Canada and the U.S. would have to individually initiate the process of applying for permanent residency or for refugee status.

Before the pandemic, athletes received work permits to remain in Canada for typically two or three years. Since the COVID-19 pandemic, the Canadian government has generally granted permits a year at a time, Levy said.

If the Canadian government decided to stop granting new visas, Russian athletes would have several options to try to remain in Canada – among them applying for refugee status and applying to become permanent residents.

Maria Popova, a professor in the political science department at McGill University, has provided expert advice in more than 20 Russian immigration cases in Canada, the U.S., and the United Kingdom. She said Russian NHL players applying for refugee status in Canada would have a strong case.

“If they made it clear that they disagreed with what the Russian government is doing in Ukraine, and that they would express that disagreement if and when they returned to Russia, then it would be clear that they would be in danger,” Popova said. “Athletes in Russia are public figures with importance. People in the west don’t realize how important sport is to the Russian self-perception as being a great power. Sport is far more important in the geopolitical context in Russia there than it is here.”

“A new Iron Curtain is coming down, and Russia is instituting repression that is severe,” Popova said. “It’s going to be impossible for people to straddle the two worlds and I think you’ll see people voting with their feet. We’re going into a new Cold War.”

Applying for refugee status would allow an NHL player and their families to remain in Canada and work until their hearing date, which typically takes years, Popova said.