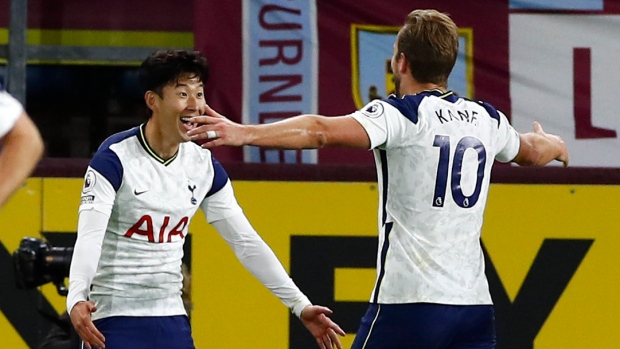 BURNLEY, England — Son Heung-min combined with Harry Kane to give Tottenham a 1-0 victory over Burnley in the Premier League on Monday.

Kane headed Erik Lamela's corner on for Son to nod into the net in the 76th minute at Turf Moor. It was the ninth time in six league matches so far this season that Kane and Son have combined for goals.

“This season when I've been dropping a bit deeper ... it allows me to get some space,” Kane said.

Tottenham moved up to fifth place and didn't bring Gareth Bale off the bench in northern England. Burnley has one point from five games.