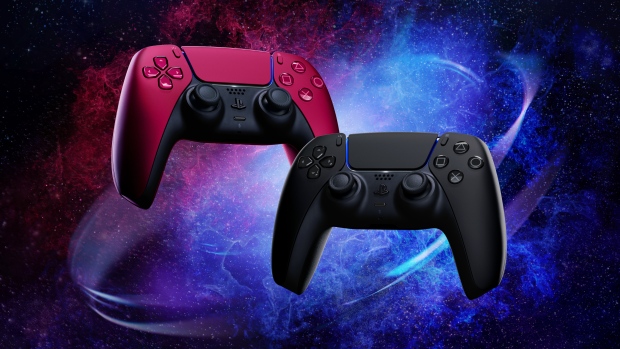 Sony will release its PlayStation 5 DualSense controllers in two new colours, Cosmic Red and Midnight Black, with a planned release date on June 11.

In a video reveal posted on Thursday, Sony gave a first look at the upcoming controllers.


“We wanted the new controller colors to complement each other, as well as the original DualSense wireless controller and PS5 console, so we designed the colors around the theme of ‘galaxy’ as it felt like a natural progression from the original PS5 and accessories designs,” designer Leo Cardoso told PlayStation Blog.