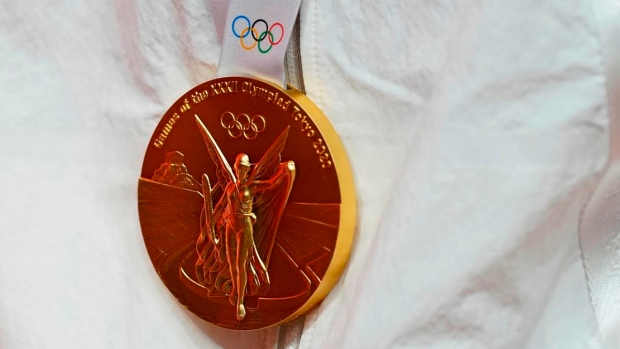 The California-based Gracenote, which supplies statistical analysis to sports leagues around the world, released medal projections Wednesday for February's Olympics in Beijing.

The company predicted another triumph for the Norwegians of 45 medals, including 22 gold.

Five gold medals, eight silver and 10 bronze were forecast for Canada in Beijing.

Norway topped the table with 39 medals, including 14 gold, in 2018 in Pyeongchang, South Korea.

Canada ranked third with 29, including 11 gold, behind Norway and Germany (31).

Canada finished ahead of the U.S. (23) in South Korea, but has yet to win more medals than the Americans in consecutive Winter Games.

Gracenote was slightly more bullish on Canada's medal chances than it was 100 days out from the Feb. 4 opening ceremonies.

The company forecasted 21 medals, including four gold, at that point.

Host China was predicted to win eight medals, including four gold, in their own Winter Olympics.

The COVID-19 pandemic forced many Asian competitors to forego major international sports events, Gracenote said, which resulted in a lack of data.

This report by The Canadian Press was first published Nov. 24, 2021.