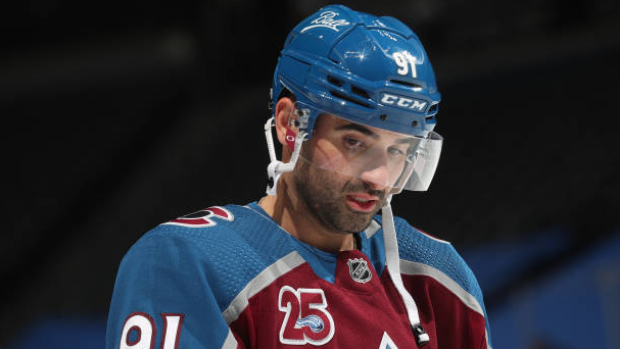 Colorado Avalanche forward Nazem Kadri is staring down his third suspension in the first round of the playoffs in four years after receiving a match penalty for his hit to the head of St. Louis Blues defenceman Justin Faulk on Wednesday.

The latest incident occurred in the third period of the Colorado's 6-3 win in Game 2, with Kadri delivering the high hit as Faulk attempted a shot. Faulk, who remained down after the hit, did not return to the game.

Multiple members of the Blues sounded off postgame on Kadri, noting his history of postseason suspensions.

"The guy can't control himself," added centre Brayden Schenn. "In the playoffs, he's a repeat offender. Bad hits. Greasy hits. He had a guy in a vulnerable position and he picked nothing but the head."

While Kadri stayed out of trouble last year in the Edmonton bubble, he was suspended in the opening round of the previous two seasons as a member of the Toronto Maple Leafs.

The 30-year-old was suspended three games after a high hit on Boston Bruins forward Tommy Wingels in 2018, and then a year later, was suspended for the remainder of the opening round for a cross-check to the head of Bruins forward Jake DeBrusk in Game 2. The Leafs would go on to lose both series against the Bruins. Toronto traded Kadri to Colorado the following summer.

The Canadian has been suspended an additional three times during the regular season in his 12-year career.

Kadri scored 11 goals and added 21 assists over 56 games this season with the Avs, his second with the club. He picked up an assist before being ejected from Tuesday's game for his first point of the postseason.