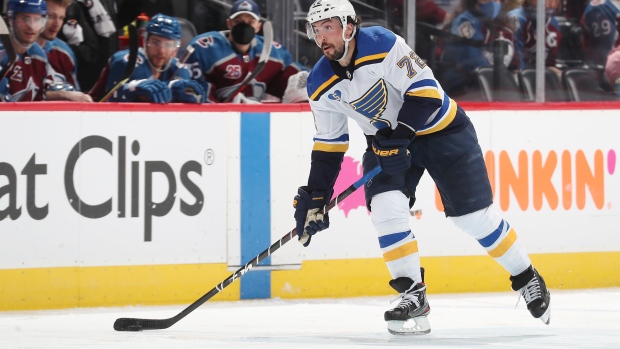 Faulk and Bortuzzo are both out for Game 3, per Berube.

Berube says Faulk is feeling OK and there's "a chance" that both could return at some point in the series. #stlblues

Faulk was injured on Nazem Kadri's illegal check to the head in Game 2 of their Stanley Cup Playoffs series. Kadri will have an in-person hearing on the hit prior to Game 3.

Bortuzzo was also injured in Game 2 after a hit from Tyson Jost.

The Blues trail the series 2-0 heading into tonight's game.