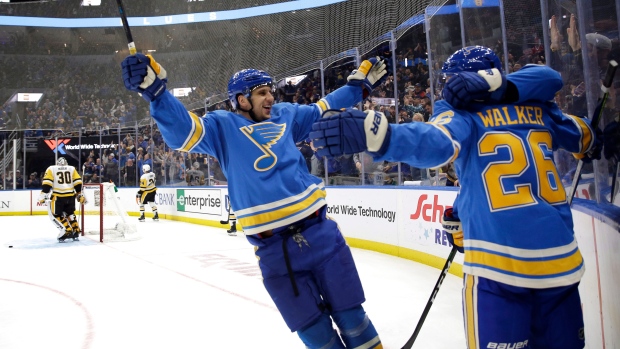 Nathan Walker is sticking around with the St. Louis Blues.

The team announced a two-year, two-way deal for the Welsh-born, Australia-raised forward on Monday.

The deal is worth $1.4 million over two seasons in the NHL and $610,000 over both years in the American Hockey League.

Walker, 27, has spent the past two seasons with the Blues. He appeared in eight games for the team last year, scoring a goal.

Originally taken in the third round of the 2014 NHL Entry Draft, Walker has skated in 25 NHL games over three seasons with the Washington Capitals, Edmonton Oilers and Blues.

Walker was set to become an unrestricted free agent.

The team also announced on Monday that qualifying offers were issued to six restricted free agents.