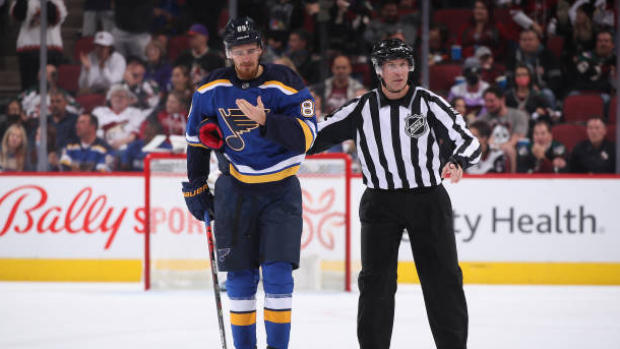 The incident occurred late in the first period shortly after a stoppage a play in the Coyotes' end. Crouse cross-checked Buchnevich twice and the Blues forward then responded with the headbutt as the two players were face to face.

Blues head coach Craig Berube declined to weigh in on the incident post-game.

Buchnevich, acquired from the New York Rangers in July, scored his first goal with the Blues earlier in the first period on Monday. He contributed an assist in his debut with the team against the Colorado Avalanche last week.

The 26-year-old had 20 goals and 48 points in 54 games with the Rangers last season, while accumulating 42 penalty minutes.