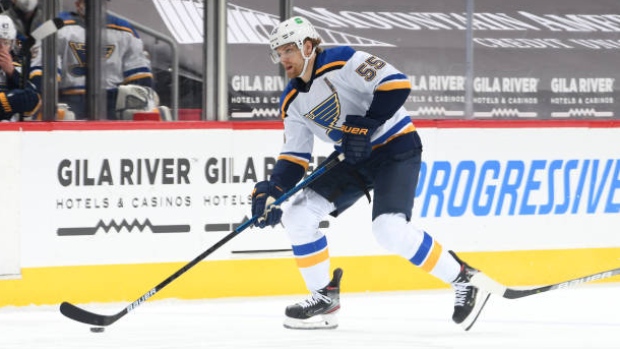 The St. Louis Blues have placed defenceman Colton Parayko on the injured reserve with an upper-body injury.

Parayko last played on Feb. 15 against the Arizona Coyotes and has missed the last eight games with the injury. He did not travel with the team on their current six-game trip.

The 27-year-old has posted one goal and seven assists in 16 games this season.

The Blues also announced Saturday that Vladimir Tarasenko has been activated from injured reserve and is expected to play his first regular-season game in over one year against the Los Angeles Kings.