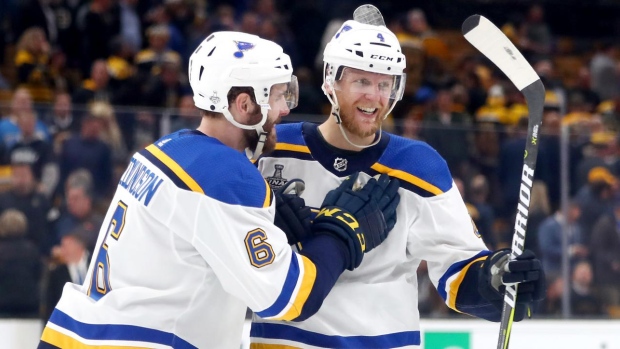 The St. Louis Blues have re-signed defenceman Carl Gunnarsson to a two-year, $3.5 million contract. The AAV is $1.75 million.

The 32-year-old had seven points in 25 games this past season with the Blues. Gunnarsson posted one goal and two assists in 19 playoff games to help St. Louis win their first ever Stanley Cup.

Gunnarsson was a seventh-round pick (194th overall) of the Toronto Maple Leafs at the 2007 NHL Draft. He was traded to the Blues, along with a fourth-round pick, at the 2014 NHL Draft in exchange for defenceman Roman Polak.

He is coming off a three-year deal worth $8.7 million.

The Swedish defenceman has 129 points in 581 NHL games.