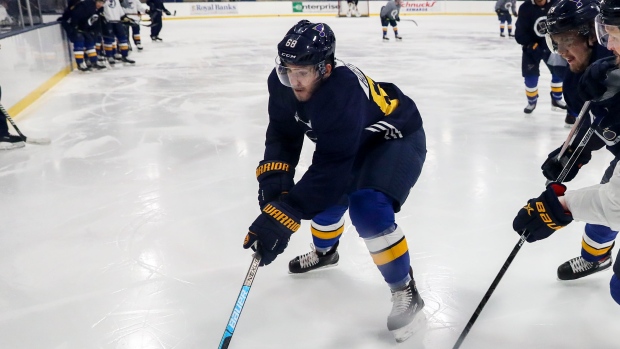 The St. Louis Blues made official what was expected since they signed Mike Hoffman to a professional tryout for training camp, inking the veteran forward to a one-year, $4 million deal.

The 31-year-old Hoffman scored 29 goals and recorded 59 points in 69 games last season with the Florida Panthers. He scored three goals and five points in the playoff qualifying round as the Panthers were eliminated in four games by the New York Islanders. He is coming off a four-year, $20.75 million contract.